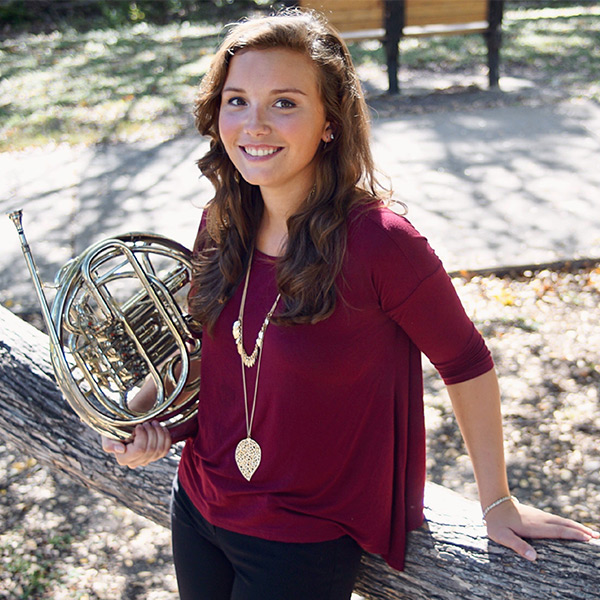 Shelbi Tippie is currently a junior in the undergraduate Music Education program at Texas State University. Her early career achievements of being a two time All-State hornist and her five year membership of the Austin Youth Orchestra, conducted by Dr. Kay Vanlandingham, laid a strong foundation for success in her higher education.In her time at Texas State Shelbi performed under the baton of Dr. Caroline Beatty with the Texas State Wind Symphony as both a member and serving as the principal horn.

She has also participated in various other ensembles at the university including the Ceremonial Brass, the Texas State Horn Ensemble, assistant principal for the Texas State Symphony Orchestra, and section leader then drum major of the Bobcat Marching Band.Shelbi's primary teachers have been Stephen Hager and Dr. Caroline Steiger. She has also studied with and participated in master classes with Gail Williams and Patrick Sheridan.