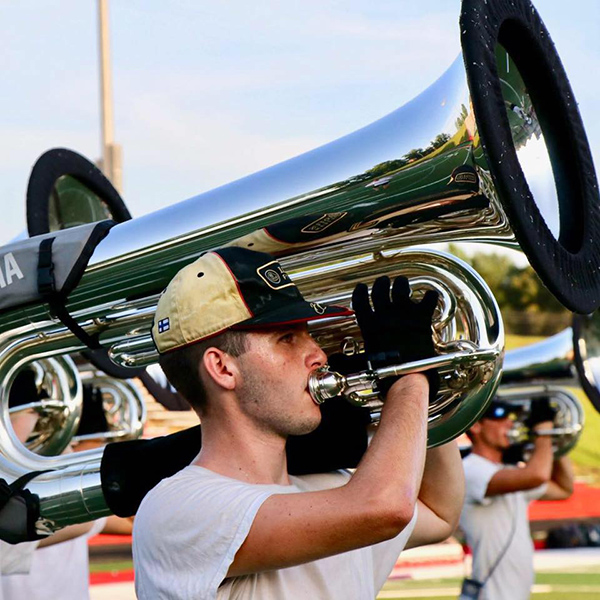 John Maxfield is currently a sophomore tuba student at Texas State University. In the time he has been playing the tuba, John has had success in both concert, marching, and solo playing. Graduating from Cedar Park High School in 2016, John had made region band multiple years, and made the 6A All-State Band. John also has gotten to play in solo competition, winning second place at the Cedar Park Young Artist competition, and numerous grade one solo performances for UIL Solo and Ensemble.

John currently has two years marching experience in Drum Corps, marching with the world champion Bluecoats Drum and Bugle Corps in 2016, and with Carolina Crown in the 2017 and upcoming 2018 season. Currently, John continues to work hard in classes and especially with his musical playing, and hopes to graduate with a degree in music education.